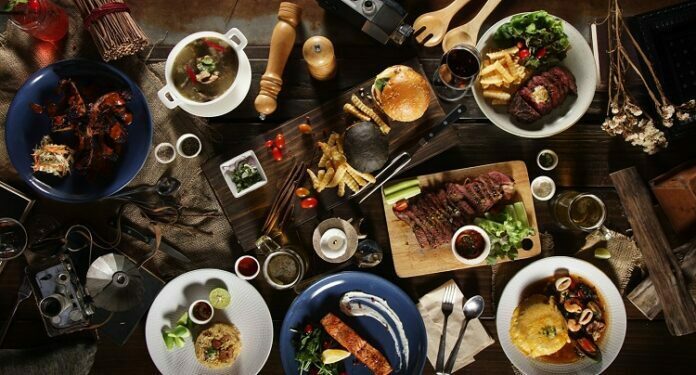 Starting his food journey while carrying out his assignments for work, he decided to explore all of the Michelin starred restaurants in London. Richard has documented his journey, looking to prove that there is more to Michelin food that meets the eye and that top nosh can be bought on a budget.

His meals have been posted on his social media at@Major Foodie.

The Major Foodie website was launched in January 2015 as a place for Richard to catalogue all of the Michelin starred restaurants that he has dined at. Each of the restaurants featured on the site have received a score and a more detailed recollection of his visit.

“If you see a 3-course set menu at a Michelin starred restaurant, it’s very likely you are going to get much more at no extra cost. Restaurants serve complimentary courses to demonstrate gastronomic flair – even the speciality bread is likely to be hand-made.” said Bagnold.

“Top restaurants have quiet periods and you can take advantage of set price menus over lunch, before 6pm and in some cases after 10pm. Researching places to eat, he discovered a way to dine at the best restaurants in the UK on budget.

The Major Foodie website boasts a world map of the restaurants Bagnold has reviewed and allows visitors to filter by type of cuisine, number of stars and budget type.