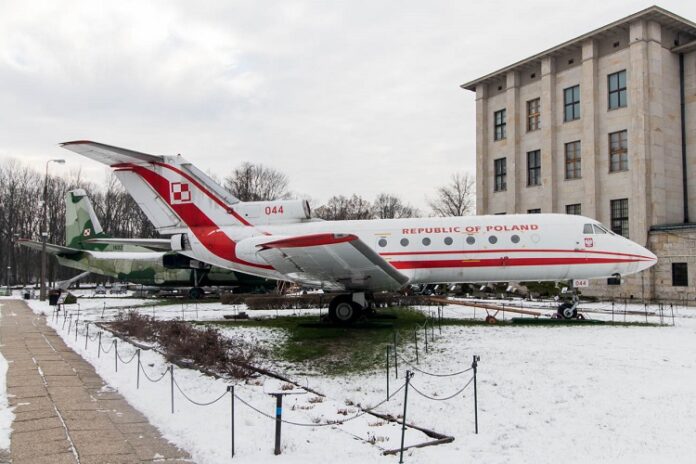 Get Quality Airport and Seaport Transfers

Traces of war and military action are present throughout each nation’s history reaching back to the dawn of mankind. In Poland, however, the history is filled with struggle and fight against oppression, great enemies and often against all odds. Today, that history is best told by numerous military museums in different parts of Poland. Museums where you can witness how armies, weapons and equipment evolved in time. The following paragraphs are a recommendation from a Polish travel agency ITS Poland.

One of the oldest and the largest museums of that kind in Poland. The museum is devoted to the history of the Polish Army throughout time. With over 250 thousand exhibits it has quite a story to tell. The inventory is full of firearms, heavy machine guns, artillery, white weapons, uniforms, badges, personal equipment, a couple of helicopters and a jet fighter. The vast extent of various exhibits from any given period in time is a guarantee that you can spend some long hours visiting and you will definitely gain an insight to Polish military of the past.

As part of the Wielkopolskie Museum of Independence the Poznań Army Museum exhibits military equipment, weapons, documents and photographs focusing mainly on military units operating in the area of Wielkopolskie region of Poland and the Battle of the Bzura during World War II. The museum is located in the casemate corridor “Little Lock”, which originally formed the western flyover of Winiary flyover dating back to 1830s.

Museum of Polish Arms in Kołobrzeg

The museum is divided into five separate divisions, each focusing on a different aspect of the past and scattered across the sea-side town of Kołobrzeg and its surroundings. The visitors can admire rich collections in the history of Polish Arms, Museum of the City of Kołobrzeg, Sea Open-Air Museum, Cold War Museum in Podbork and Museum of Aviation and Military Technology in Rogów. The exhibits range from simple weapons, heavy artillery guns, tanks, patrol and torpedo boats, uniforms and artefacts related to the history of Kołobrzeg itself.

Museum of Military Equipment in Mrągowo

Unlike other museums listed here this one is privately owned and managed. The museum houses the largest collection of fully operational military vehicles in north-eastern Poland. Among the exhibits you will find a few tanks, heavy military equipment, trucks, fire engines and other military vehicles. What sets this place apart is that all exhibits are kept in an open field and the visitors are free see them up close and in most cases hop on board as well. The museum offers rental of military vehicles and hosts exhibitions.

The museum collects exhibits related to the Polish Navy Forces including maritime weapons, documents, models, uniforms and personal equipment. Possibly its most prized possession is ORP Błyskawica (Lightning). The floating museum moored in the port of Gdynia is a World War II Grom-class destroyer decommissioned in mid-1976.

Museum of Land Forces in Bydgoszcz

The museum focuses mostly on the regional history of land forces In Pomerania and Kuyavia areas. Rich in exhibits and relics of armies reaching as far as middle ages, 17th century wars, national uprisings, World War II and later military activity related to peacekeeping and stabilization programmes across the world. Among its collection you will find numerous examples of fully operational heavy military equipment, as well as a T-34 tank towering over one of the main streets in Bydgoszcz.

Poland with its rich history and numerous traces of warfare and military activity is a true gem from military and history enthusiast. To get a better picture of the country’s history the Polish travel agency ITS Poland suggests visiting various historically relevant sites in Poland. Among such places you will find Auschwitz-Birkenau concentration camps or Wolf’s Lair and Mamerki in the beautiful region of Mazury. You might also want to pay a visit to World War II museum in Gdańsk and the Warsaw Rising museum in Warsaw.

If you are a military aficionado or a keen fan of history then Poland has a lot to offer. Reach out to the experienced Polish travel agency ITS Poland and book your next trip. It might be a themed sightseeing tour or a regular itinerary inclusive of military museums. With such a multitude of options and thematic variety each trip to Poland is a guaranteed success. All you have to do is pack your bag and go!

Maggie Caitlin - May 9, 2022 0
With the advancement of technology, transportation has become easier. There are now many ways to transport your boat across the country. 10 Ways to Transport...